Home Economy Concern about preparations for CAN-2023 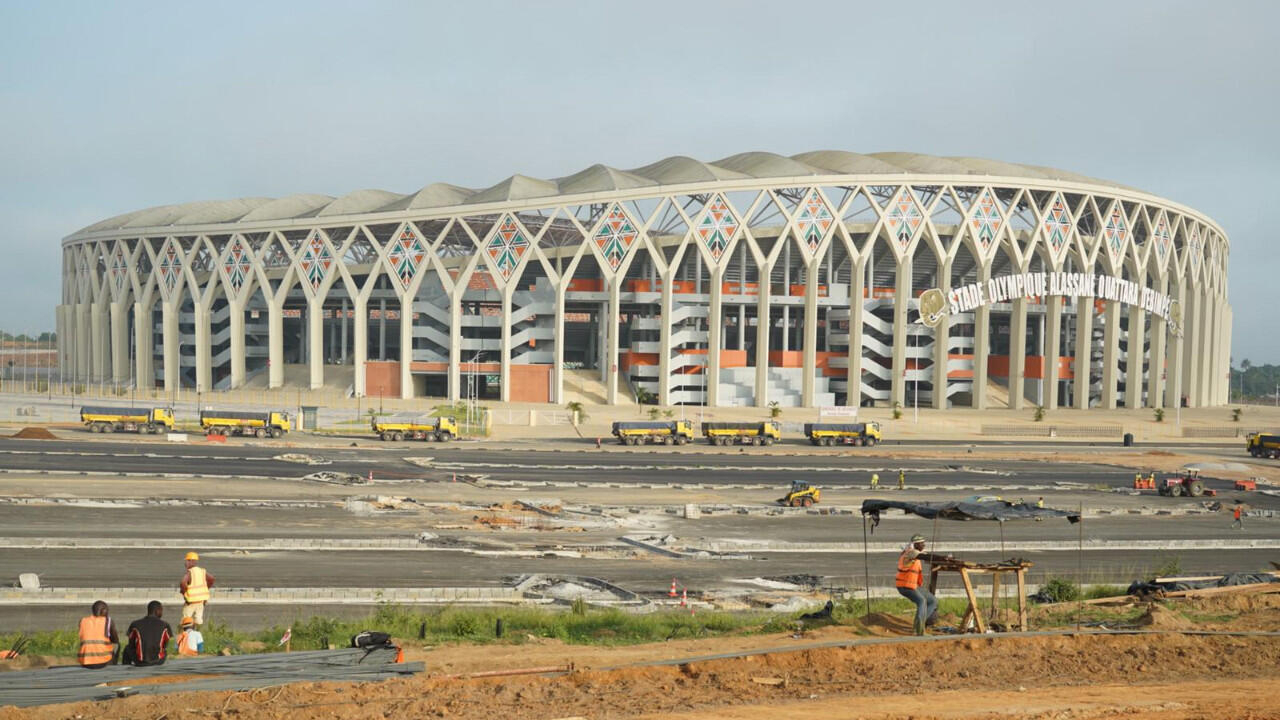 The day after the election of Idriss Diallo as head of the Ivorian Football Federation, all eyes now turn to preparations for the 2023 Africa Cup of Nations to be held from June 23 to July 23, 2023 in Côte d’Ivoire. This election resulted in a succession dispute that unleashed the passions of football fans. And if the new president and his rival, Didier Drogba, promise to work together, the specter of postponing the competition hangs over the organizing committee.

Idrissa Toure explains: “I often pass by this stadium in the morning. It’s on my way.”

The twenty-year-old student watches suspiciously as construction workers hastily in and out to deposit piles of reinforcing bars inside the site, strewn with piles of red dirt. From morning to night, for two years, they worked hard.

The renovation work of the Félix-Houphouët-Boigny stadium in the heart of Abidjan was officially launched in 2020. The goal is to increase its capacity from 35,000 to 40,000 spectators.

But less than nine months after the scheduled delivery of the sports infrastructure where the 2023 Africa Cup of Nations matches will be held in Côte d’Ivoire, progress on this project is worrying.

Idrissa, a football fan who follows the news closely, predicts.

Immediately, it is impossible to obtain more information. The site administrator, a Portuguese Mota Engil employee responsible for the work, is not authorized to comment on the workflow.

According to the latest figures announced at the end of March by the Director of the National Office for Sports (ONS), Maryam Kony, the completion rate of rehabilitation work at the Stade Felix Houphouet-Boigny is about 25%.

However, the latter emphasized that the deadline set on December 31 will be respected, because “measures are being carried out at the highest level in the state to support the company in its project, so that things move forward in the best possible way.”

During the official visit of Patrice Motsepe, President of the Confederation of African Football (CAF), to Abidjan, at the beginning of this month, the Head of State, Alassane Ouattara, confirmed that the infrastructure that will all be delivered on time.

Then Patrice Motsebe said he was “reassured” of the progress of the work, while stressing that there were “some problems that still need to be resolved”.

According to the latest information provided by the Office for National Statistics, three of the six stadiums under construction or renovation are nearing completion, namely Ebimpé in the suburbs of Abidjan, Bouake and Yamoussoukro. Nearly 70% of the San Pedro and Korhogo stadiums are complete.

For its part, the Confederation of African Football (CAF) opened a permanent office in Abidjan a few weeks ago to support the 2023 African Cup of Nations Organizing Committee.

But the presence of a permanent CAF branch in Côte d’Ivoire was not unanimous when the Ivorian Football Federation, which was placed under tutelage in December 2020, regained its independence with the election of Idriss Diallo as its leader in April. 23.

See also  World Cup 2022: an exciting draw for the play-off matches from Italy to Portugal

The election of the new president of this union has crystallized tensions since 2020, as it has been postponed several times due to disagreements over the candidate sponsorship system. A regime that initially did not allow Didier Drogba to join the race. The Standardization Committee set up by the International Football Association (FIFA) eventually allowed the former soccer star to advance. But it has not convinced voters much, including several local club presidents, who have also accused FIFA and CAF of meddling.

“These elections come at the right time. These internal differences had to subside. Côte d’Ivoire must show a face of hospitality and seriousness to the rest of the world,” said Serge Dakouri, a sports journalist for Ivorian Radio Television (RTI). .

However, another power struggle is taking place around CAN-2023. This opposes the Ministry of Sports to CoCAN, which was established by presidential decree.

Several months ago, the commission had been condemning the sabotage of its activities by the Ministry of Sports, which allegedly established a direct line of communication with CAF. According to its statutes, the Organizing Committee shall be the main interlocutor of CAF on the topic of the CAN. For its part, the ministry justifies its interventions by the need to move forward quickly with preparations to meet the deadlines for infrastructure delivery.

In the meantime, it appears that CAF has decided to follow preparations closely, nine months before the tournament kicks off. “The unfortunate experiences that took place long before the selection of Côte d’Ivoire as the host country prompted CAF to be more vigilant. Its credibility and image depend on it” After the multiple postponements of CAN in Cameroonconcludes Serge Dacouri.