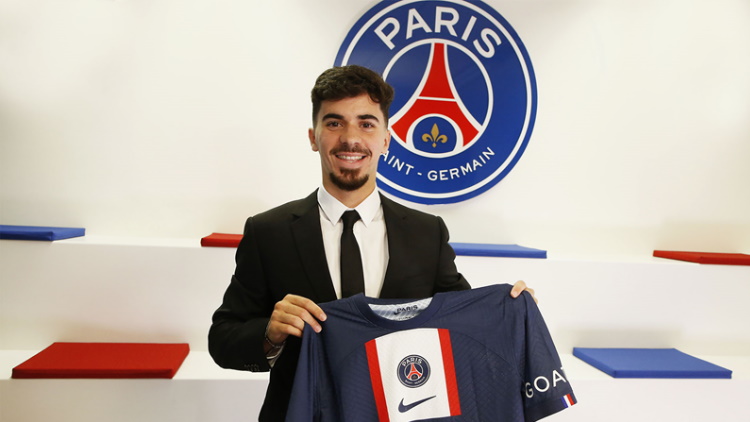 Just arrived from FC Porto for €40m, he seduced Portuguese midfielder Venetia during his first steps on the ground with PSG. His first appearance in front of the media is more shy, and his secretive personality prevents him from introducing himself.

A conservative player and still uncertain, Vitor Ferreira, known as “Vitinha”, did not get wet in his first interview with a French media, the team. The first Parisian recruit of the summer did not even dare to determine his favorite position, and answered this topic briefly. ” I do not have “. Before adding a little later, everything will be like ” environment “ He will help his coach the most. “I try to do what (Christophe Galtier) asked me during training, he continued. I am ready to do what he wants.”

When also asked about his main qualities, and the strengths of his game, Vitinha opened up a bit more and dared to ask himself: “I think I will have the opportunity to show them. I am a technical player, I love to own the ball, organize the match and push the team offensively. I am very good with the ball.”

Paris pulled him in immediately

The Portuguese double champion with FC Porto also returned to the terms of his recruitment by Paris Saint-Germain. Vitina rejects the idea of ​​a sudden arrival in Paris. “No, surprise is not the right word, I was very happy to recruit PSGcorrects. I would love to be there now and have a lot of fun. »

And regarding the discussions that preceded the signing of his contract with the Portuguese club, the Parisian International. The club project was about it Submitted by (for him) Agent, Jorge Mendes ». Then things went very quickly with Luis Campos, PSG’s football advisor: “When we started talking, things were very normal. I really liked his talk and what he wanted to do at PSG. He didn’t need to convince me, I was already.” The Portuguese is supposed to play at least a few minutes today in a friendly match against Japanese club Urawa Red Diamonds (France noon).

While the first two friendlies didn’t really allow us to learn more about him, a great presentation from Vitinha, the first recruit in the #PSG this summer https://t.co/izGLjAVzr7 by @Enki18_