Home entertainment Classical music touches a part of my soul 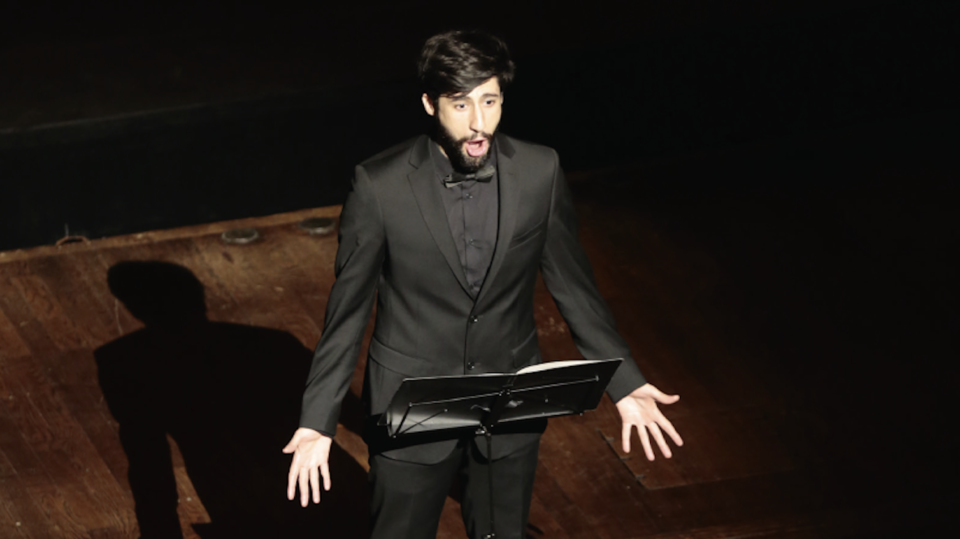 Showing in theaters today, Wednesday, May 4, the movie “Ténor” presents the Beat-Boxer MB14, whose real name is Mohamed Belkheir, who is taking his first steps on the big screen.

Director Claude Zeddi Jr. signs a touching and honest feature film in which two opposing musical worlds intertwine: the worlds of rap and lyricism, for the pleasure of our greatest ears. In “Ténor”, the powerful voice of the 27-year-old artist, who reached the finals of The Voice, talentedly sneaks into the skin of Antoine, a resident of the Parisian suburbs.

As he navigates between his studies, rap battles, and his work as a delivery man, the young man will discover a passion for opera singing, a world a far cry from his. During a race at the Opéra Garnier, his path will intersect with that of Madame Loiseau (Michel Larroque), who will show him his path and his voice.

Your performance is great. We are as happy to hear you sing as we are to see you play. Have you ever imagined making films?

What is certain is that I have dreamed about it for a very long time. Cinema has always fascinated me, but until then I had always focused on music. I did rapping, beatboxing, fights, concerts, guitar… In high school, I also took acting lessons and felt like my place. I am very happy that music led me to my first passion for cinema.

The spiritual and sacred aspect of classical music touches a part of my soul.

Where does your interest in operatic singing come from? What charms you in this form of expression?

Wanting to broaden my horizons, I became interested in many very different musical voices and cultures. Besides rap and beatboxing, I often listened to Gregorian, Corsican, Russian orthodox … but also classical music. The spiritual and sacred aspect of this record touches a part of my soul.

Do we hope to see you soon on stage at Opera?

In order to meet the needs of the film, I learned to work on the vocal cords, the pharynx, or even the position of the mouth with the help of opera singer Caroline Pfeiffer. I would like to continue developing my technique for one day performing on stage and releasing an opera album, like Pavarotti in his day.

Is opera an art for everyone?

We all know great opera tunes. The priority is to change the way most people view opera. You can go to the conservatory, learn to play an instrument and sing, without being part of the big bourgeoisie. With some exceptions, this environment is not closed and elitist. And we must not forget that opera was inspired by the Naples opera traditions that were popular in Italy.

This feature-length film when transmitted also speaks of the difficulty and fear of letting go of one’s surroundings and ignoring prejudices. Do these issues affect you personally?

clearly. It took me a long time to find my place and I always felt like falling between two worlds. I am a man of Algerian and Portuguese origin living in France. I immersed myself in my different cultures, then touched on everything in the world of music. I’ve always had trouble getting into chests.

My parents had been thinking about “editorials”, but I decided to do what I love. As in the movie, I had the opportunity to help. You should always believe in your dreams, but you also need to ask yourself, and remain open to criticism.

Roberto Alagna, one of France’s greatest opera singers, appears in “Ténor”. Did he give you advice while filming?

He advised me not to listen to the advice. According to him, since you have a foolproof voice, you have to work on it yourself. Roberto Algna is not a big fan of singing lessons because they tend to apply a pre-designed scheme to the singer, which may not suit him and limit his progress.

Musician, Singer, Rapper, and Now Actor. Do you have other talents?

I know how to do some imitation. All my talents are related to vocal and physical expression. I also planned to explore my dancing skills.

I hope to get my chance for other roles.

Your goal today is to get back in front of the camera?

I expect this. I’m so glad I made this movie because I didn’t wish it would get more light. I really hope to get my chance for other roles.

When we associate music and cinema, we think of musicals. Can this type especially interest you?

completely. I really love musicals. If I like the songs and there is a good story, I adore them very much. Especially if we find the music and the musical beauty of opera.