Home Top News Charente, the other land of the Portuguese 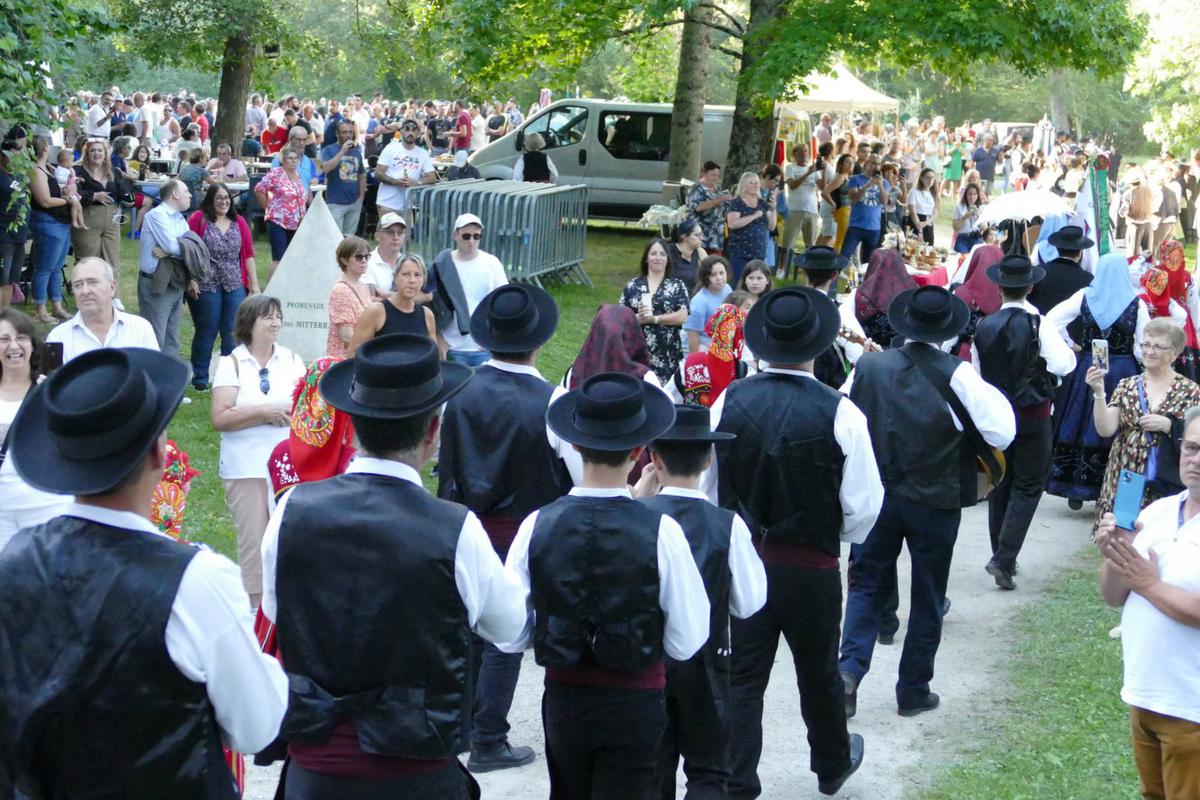 Her church, her football team, her associations, her parties, her bars, her restaurants

The appointment was expected, two years after the virus hit and cancellation. It is portrait of portuguese in the Charente. “We reproduce village festivals as in Portugal”, Fewer bulls and cockfighters. Above all, they perpetuate tradition and culture. Jean-Paul-Louis Perez is 29 years old, born in France. “With young people my age, we have this desire.” He even gives Portuguese lessons to the youngest, the old who have forgotten, the French who are going to leave for a peaceful retirement in Portugal…

Party people and family too

“We are Portuguese. We were raised like this.” said the young man. ‘It’s a private community’ Manuel da Silva confirms. He is one of its characters, writer and observer. “I was born in France, but I saw most immigrants from the 1970s wave arrive.” Like their elders they came to work in the tile mills, near Romsiere, Genuillac. Most of the Charentais come from northern Portugal, near Chaves and Boticas, which is twinned with Angoulême and Gond-Pontouvre. “There was also the Tuileries.”.

An integrated and secret society “But who has his own church, his own football team, his associations, his parties, his pubs, his restaurants,”. At noon, they eat at Gallo, in Gond-Pontouvre, on Saturday evening, and celebrate at Santa Rita, in Basseau. “It’s a people’s party”, Translates Mikael Martins, who took over the position from his father behind the bar and in the kitchen in Santa Rita. “We are very family too.”

Charente became their other land. “They have a great love for France, which got them out of trouble,” Explains Manuel da Silva. They always come to work. Difficult, often. and take root. “The generations of the sixties and seventies came with the aim of making money and then returning to the country.”As Manuel da Silva says,. “Those today have no intention of leaving. Sometimes, they make retirement homes for themselves back home, and they stay here.” They made their lives there, their success. “There are many who arrived as workers and today they have their names on the site banners.”

Carlos da Silva is one of them. ” Already, Laughing business man. The Portuguese like to do well.”. The waiter, who started at the age of eleven without speaking a word arrived in 1990 at the age of eighteen, “Leave my youth there”his brother Maciel employed him at Gond-Pontouvre. “Without papers, you had to find a boss to get a contract. I found friends, learned to talk and got papers”. It didn’t take long for him to get up alone. His company now has 40 employees Half of them are Portuguese.. He is respected in society, and is also a symbol of it. It started from nothing. “In Portugal, I come from the poorest family in the village. The first shower I took was in France ‘, he likes to remember.

But the roots are never far away. Because most of them come from the same area. “Because we are also big families. Only at home, we are five children,” Says Jean-Paul-Louis Peres. This is also what built the community in Charente.

Fontafie, a village in the town of Genouillac, on the edge of the RN 141 motorway and the old Perusson tile works. “It is a Portuguese enclave in the Charente region”, Jack Marsack laughs. The former mayor of the town has a memory that goes back to just after the war. “When the first arrived, they settled in the village of Fontafie. » They all came, invariably, from northern Portugal, around Chaves or Boticas. “They have become nearly a third of the village’s population,” The mayor mentions. fewer in number than in Roumazières, another land of bricks, “But as a percentage, we are undefeated.”

The tile works in the town closed in 1984. The workers left to work in Romsiere, “But I still lived here. This aspect of Fontafie is absolutely charming,” Jack Marsack is excited. better. “Young men who left to work elsewhere are back to build at Fontafie.” brings life. every two years, “Lusofolies” Created by Manuel da Silva Ignite the Village. The site is such that Genouillac is working on a twin with Uderjusao, a small village near Chaves. this is “desire to perpetuate”, Dear Jean-Paul-Louis Peres.

Why are they all called “da Silva”?

“Heyn not everything is called da SilvaManuel … da Silva, the personality of the community, smiles. We are only 11%he explains. It dates back to the fifteenthe century when the Jews were expelled from Spain. They took refuge in Portugal, Catholicism, before continuing their way to North Africa. In Portugal, they were only asked to convert and change their name. Not all of them have converted. But to distinguish the Jews from the Portuguese, they were given tree names. Carvalho was an oak, pino pine, and a pereira pear – like the Pierre brothers, famous bankers who left their name on a 17th-century streete Paris district – Teixeira, yew. In the end, there weren’t many tree names left. We said, I came from the woods, it would be da Silva”…

The Portuguese from the Charentes have their own rituals. The annual festival, which sees the procession of folklore groups each summer, the annual procession and torchlight procession of the Virgin of Fatima, every 13 May, is led by the bishop who celebrates mass in the Basilica of Saint-Andre. Then there is football. A bit like community cement, on Sundays, behind the balustrade of the Gond-Pontouvre. Carlos da Silva, the businessman is one of the primary craftsmen, who has just left the presidency of the club.
He looks at his wife Sylvia. “When parents go to football, kids want it tooas you say. Meet around the field ». Football first, Carlos slice. The Portuguese love football. In other clubs, there are not many women and children” In the field. They speak Portuguese, drink Portuguese beer, and eat Portuguese pork. It is also an excuse to meet. Mikael Martins, Santa Rita’s president, was also a manager. “We haven’t seen anyone watching a game alone in front of their TV.” When kids are fed with the round ball, on the playground, it’s also about roots and sharing. “Football is a family. We do not play in a club. We play as a family.”