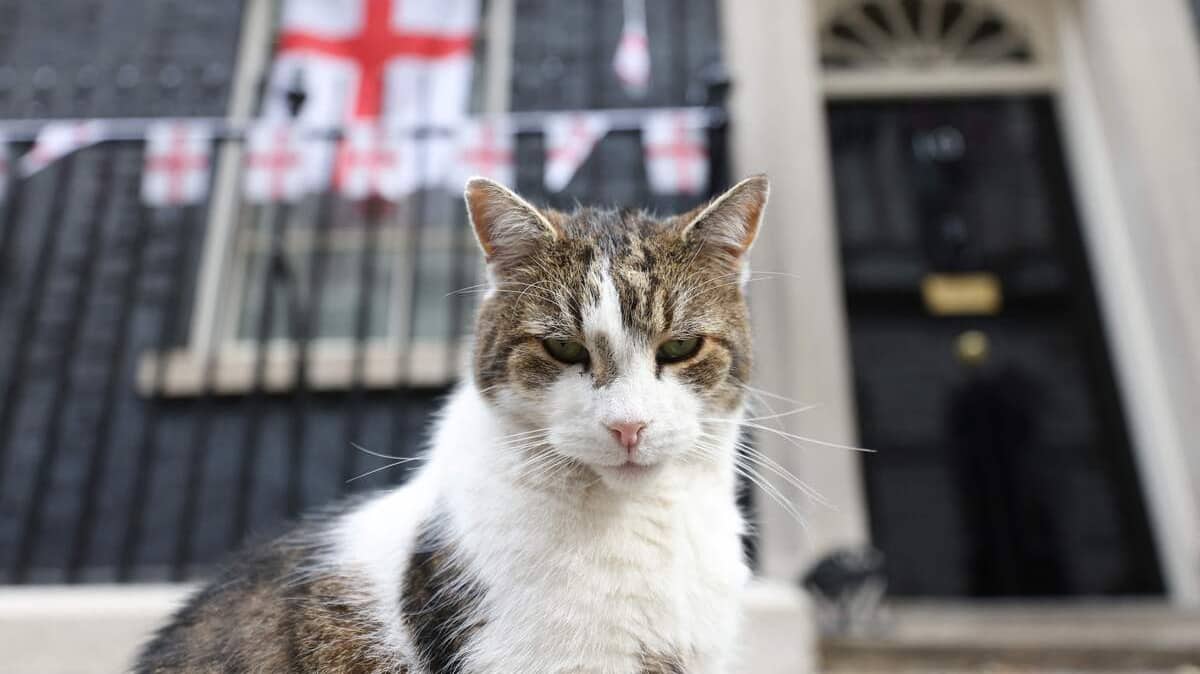 In all these years living in 10 Downing Street, cat Larry has seen many British premieres and premiers parades.

The 15-year-old tabby cat keeps his Twitter account as well as his fur, and is critical of Britain’s leaders. He has sharp claws when it comes to commenting on their political adventures.

Rishi Sunak became the Prime Minister. His family is loading up caviar and crab on the menu for me from tomorrow.

This morning, he is delighted with the appointment of Rishi Sunak as leader of the Conservative Party, who has become de facto Prime Minister of Great Britain. Not for his political stunts, but because Snack is rich.

Rishi Sunak becomes Prime Minister. His family is very wealthy, so caviar and lobster will be on my menu tomorrow,” Larry wrote on his Twitter account.

The cat who calls himself the Chief Mouse of Cabinet is often seen outside 10 Downing Street where he appears to lead a very comfortable life, often posing in front of the paparazzi.

That particular morning, he was outside with reporters waiting for news surrounding Sunak’s candidacy.

Larry was to become one of the only constants in the revolving door of British politics, and on July 24, 2019, Boris Johnson became Larry’s third prime minister. pic.twitter.com/Sse9TscoWM