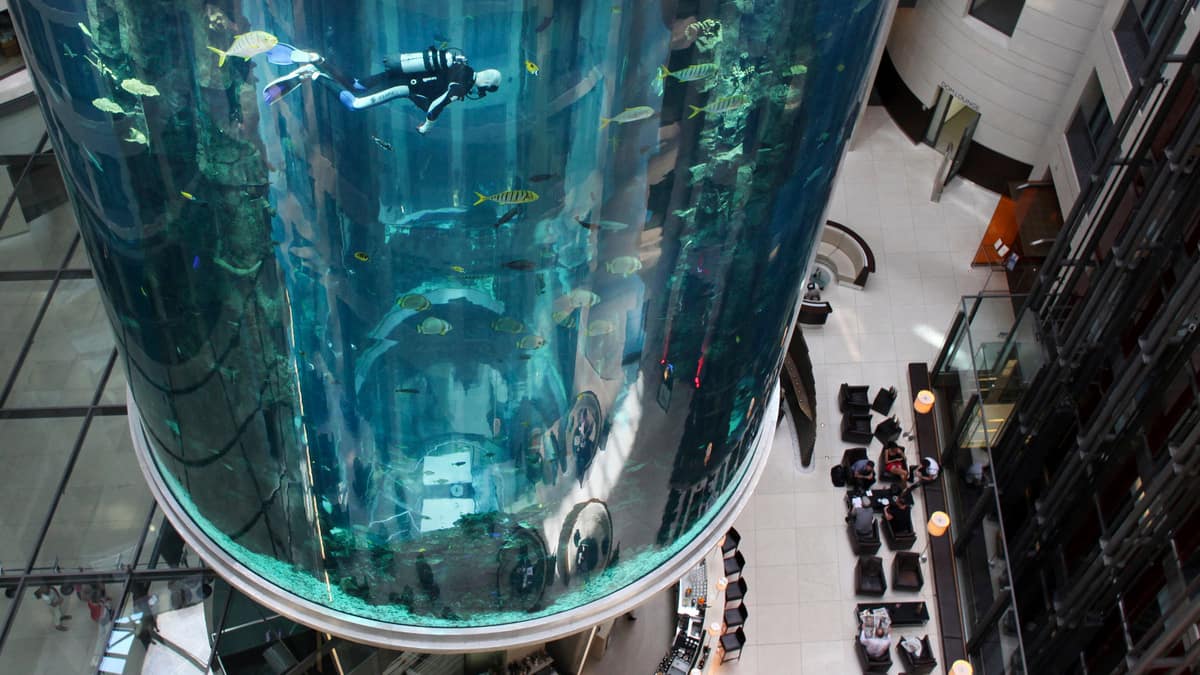 Veterinarians and rescue workers are trying to save as many tropical fish as possible after a massive aquarium explodes in Berlin.

Despite their best efforts, nearly all of the 1,500 fish living within the AquaDom attraction died after the disaster, however hundreds were rescued in separate aquariums by responders.

“It is a great tragedy that 1,500 fish had no chance of survival,” said Almut Neumann, a municipal official responsible for environmental issues in Berlin’s Mitte district. “The goal clearly this afternoon was to save the fish in the remaining tanks.”

At approximately 5:45 a.m. on Friday, an estimated 264,000 gallons of water gushed out of the AquaDom, causing extensive damage to the building, including the Radisson Blu hotel, coffee shops, and chocolate factory. Firefighters said two people were slightly injured in the flood.

The Berlin Mitte district government confirmed on Twitter that some fish struggling “at the bottom of the aquarium” still have a chance of survival. The aquarium houses 80 species of fish, including blue tang and clownfish.

As crews began cleaning up the debris, officials teamed up with veterinarians to rescue 400 to 500 baby fish from separate tanks below the hotel lobby, which weren’t getting enough oxygen with the shutdown, electricity building.

The fish have been moved to other aquariums at Sea Life Aquarium.

Several organizations, including the Berlin Zoo, have offered to collect the surviving fish.