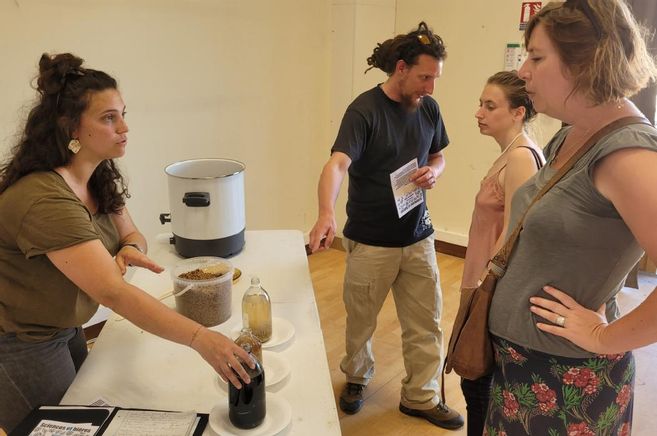 On Tuesday evening, the Petits Débrouillards Association organized, at its headquarters on rue Paul-Doumer, a science event on beer, in partnership with craft brewery La Cuverie d’Irancy.

“Curiosity is not a bad thing. It is this well-known saying that the Petites Debroyeres are happy to twist in their favour. Founded in Auxerre in 2018, initially targeting working-class neighborhoods, the association proudly proclaims its philosophy: “By wondering, we grow. »

“We are a grassroots educational association whose goal is to spread science about the environment and biodiversity, to eat well and live together well, its director Jeremy Pinto refuses. We are involved in the education of young people, as in the community life of Auxerre, hence the science and beer evening, the first event for us. “

Because beer is aware. Barley, water, hops and yeast. How do these essential ingredients, through complex biochemical reactions, make it possible to produce all kinds of beer? Does the hobbyist consumer of this historic brew realize that pH, carbon dioxide, oxygen, molecules, and temperature are all part of the usual terminology for local breweries?

Through thematic workshops, Cuverie d’Irancy brewers have greatly contributed to many visitors’ understanding of putting in place the “little trick” of the handcrafted beer circuit: fermenting and crushing, mashing, hopping, fermenting, before ending with a much-appreciated reasonable tasting Given the weather.