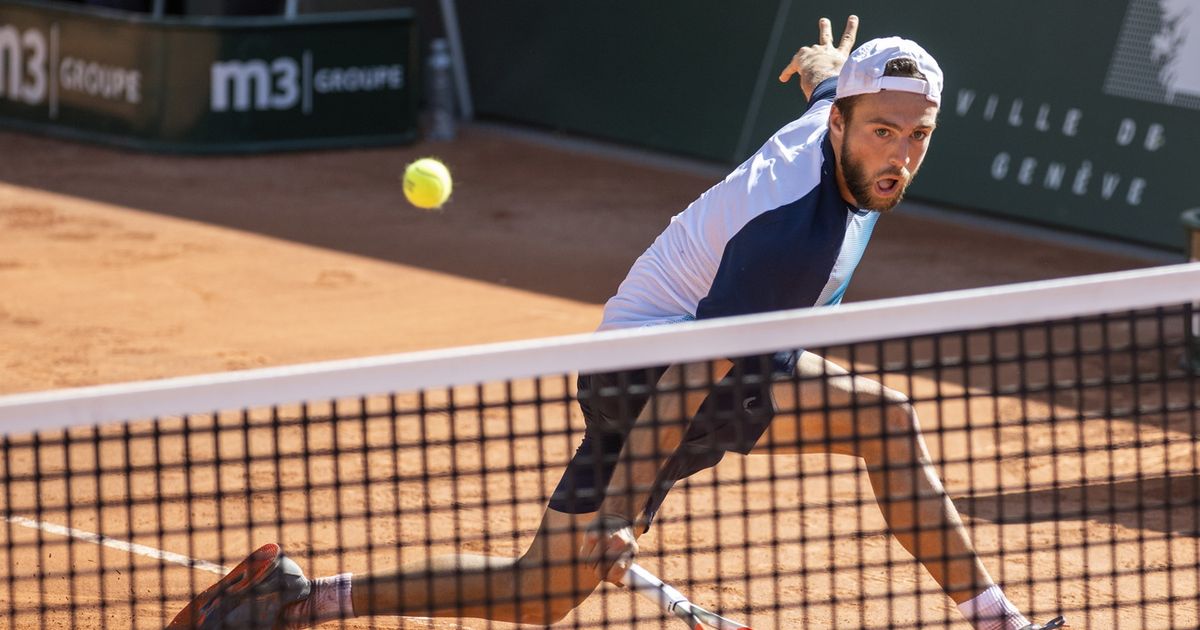 Johan Nickels (ATP 317) was unable to achieve a fourth success on clay at the Parc des Eaux-Vives. Genevan logically lost in the round of 16 of the Geneva Open, defeating Dutchman Talon Grexbourg (ATP 64) 6-3 7-5.

He clearly dominated in the first set as he conceded twice, yet 25-year-old Genevan found the resources to excite his many supporters in the second round. He was even able to believe a new twist when he got 4 equalizer balls in a set all around at 5-3 on the opposing serve.

But Nickels failed to strike. Barely convincing from the start of the second set, Griekspoor meanwhile tightened his guard at the best time to avoid any unpleasant surprises, winning the last 4 matches to earn the right to challenge number 4 seed Reilly Opelka (ATP 18) in the quarter-finals.

This defeat, which she suffered against a well-established player in the top 100, will in no way tarnish the impressive record that Nickles can achieve. Jennifer enjoyed the first victory of his career that he earned on the ATP Tour. Joining him in the second round will allow him to improve his top ranking to appear near 275th in the world next Monday.

Casper Rudd (ATP 8) successfully defended his title at the Geneva Open. Exempted from the first round, the Norwegian won 6-3 6-1 ahead of the eccentric Benoit Pierre (ATP 67) in the round of 16.

seeded number 2 in the table, Ruud had just 55 minutes to sign his ninth straight win in Switzerland, who also capped on clay in Gstaad last summer. Bayer held up well until 3-3, even leading a 2-1 serve to follow. Then the French left their nets, conceding 7 games in a row.

After being defeated by Casper Rudd in last year’s claycourt final at the Parc des Eaux-Vives, Denis Shapovalov (ATP 15) was disqualified as soon as he entered the race. The Canadian left-hander lost 6-4, 6-7 (2/7), 6-3 to Belarusian Ilya Ivashka (ATP 50), who will face Portuguese Joao Sousa (ATP 79) Thursday night in the quarter-finals.