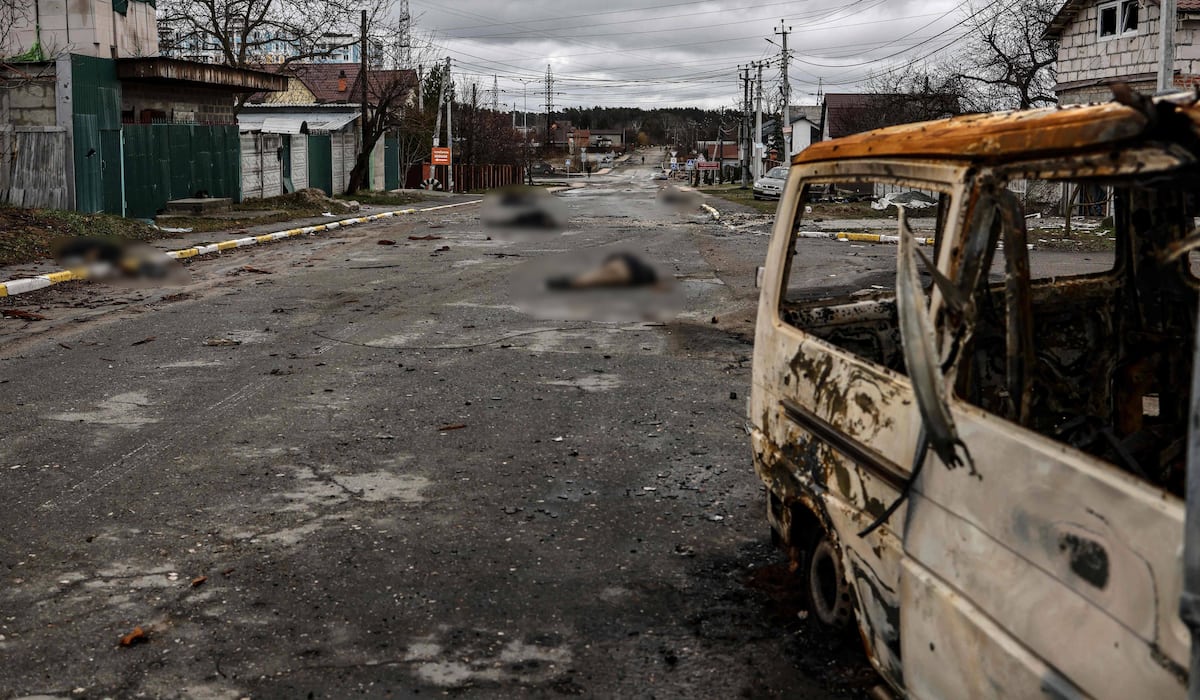 An AFP correspondent immediately noted that the bodies of at least twenty men in civilian clothes were dumped on Saturday in a street in Bucha, northwest of Kyiv, which Ukrainian soldiers had just recovered from Russian forces.

• Read also: direct | The thirty-eighth day of the Russian invasion of Ukraine

• Read also: The “rapid withdrawal” of Russian forces from the north of the country

One of the men’s hands were tied and corpses were scattered hundreds of meters away.

The cause of their death could not be immediately determined, but one person had a major head wound.

In the past few days, Russian forces withdrew from several localities near the capital, after their attempt to encircle them failed.

Ukraine declared Bucha “liberated”, but this city was destroyed by the fighting: AFP journalists managed to see gaping holes caused by shells in apartment buildings and many car bodies.

Sixteen of the twenty dead bodies were found on a street in Bucha, on the sidewalk or on the edge of the sidewalk. Three of them were in the middle of the road and another in the yard of a house.

A Ukrainian passport was open on the floor next to the person, whose hands were tied behind his back with a white cloth.

All of the dead wore winter coats, sports jackets or shirts, jeans or jogging track pants, and sneakers or tall boots. Two of them were lying next to bikes, another next to an abandoned car.

Some of them were lying on their backs, others on their stomachs.

The skin on the faces looked waxy, indicating that the bodies had been there for at least several days.

“As long as demining experts don’t come to examine them, it is not recommended to bring them” because they could be trapped, the city’s mayor, Anatoly Fedoruk, said by phone of the bodies. Noting that “these are the results of the Russian occupation and the actions” of the enemy.

And he added: “In Butch, we have already buried 280 people in mass graves, because it was impossible to do this in the three municipal cemeteries, and all this is in the crosshairs of the Russian army.”