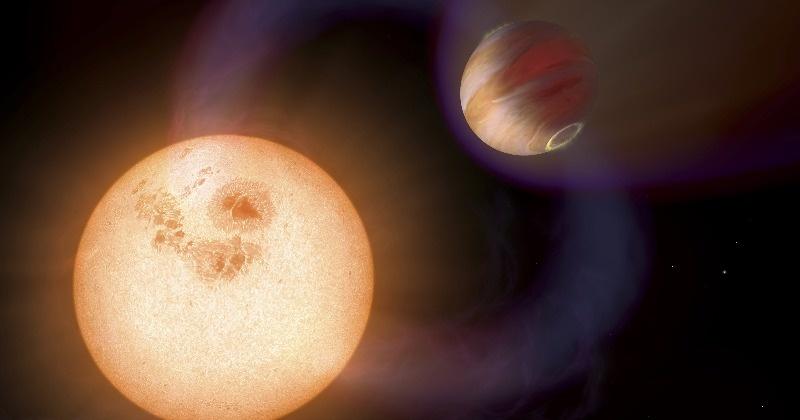 Scientists have located a “Super Earth” believed to be orbiting one of the oldest stars in the Milky Way. An exoplanet got its nickname as it is suspected to have a mass about three times the mass of Earth, about 50% larger than our original planet.

The planet, known as TOI-561b, was described in a new study accepted for publication in The Astronomical Journal. Astronomers in the study found that despite the planet’s mass, its density is roughly equal to that of the Earth.

“We have reported the discovery of TOI-561, which is a multi-planet system in Hungarian thick disk Containing an extremely short-range rocky planet (USP), “the study recalls.

The planet gets its name from NASA’s Transiting Exoplanet Finding Mission (TESS) in 2018. The word TOI in TOI-561b stands for TESS Object of Interest. It lies outside the solar system, in the thick galactic disk of the Milky Way, a report shows CNN. Given its proximity to the host star, it only takes less than half of the Earth’s day to complete one orbit around it.

“For every day you are on Earth, this planet orbits its star twice,” said Stephen Kane, co-author of the study and astrophysicist at the University of California, Riverside, in a statement. Researchers determined the planet’s mass, radius, and density using the WM Keck Observatory in Hawaii.

This is near to ‘Super EarthThe average surface temperature of the planet exceeds 2,000 K, or 3,140 degrees Fahrenheit. TOI-561b is, therefore, too hot to live in. Although astronomers know that the rocky planet and its star make up a system 10 billion years old, they wonder if the planet has harbored life at any time in the past.

See also  Four teams emerge in the domestic final of the intercollegiate competition "Science, on the Tour!"

“TOI-561b is one of the oldest rocky planets that have been discovered so far,” lead study author Lauren Weiss said in a statement. “Its existence indicates that the universe was Formation of rocky planets Since its inception roughly 14 billion years ago. “In comparison, our Sun is only 4.5 billion years old.

These older planets have been found to be less dense than the ones that formed recently. This is because there were not many heavy elements present in the universe at that time. Items like these were eventually created by supernova dead-ends.

The study highlights two other planets orbiting the star, which are potentially gaseous and larger than TOI-561b.