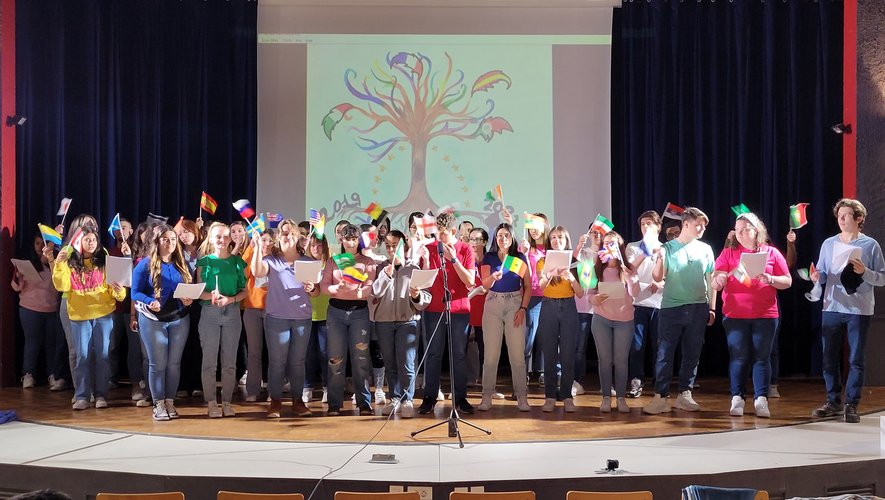 The Spanish, Italian, Portuguese and French students of the Erasmus + “Partages from here and elsewhere” project met recently at Sainte-Cécile High School in Albi.

Above all, it was a matter of finishing the show “We Are the Whole World” mixing didactic songs in different languages ​​and poems created in San Cristobal de la Laguna (Canary Islands) in January 2020. All from a detailed scenario in Catania (Sicily) in March Past on the topic of immigration.

After a presentation of the area and the city, a joyful breakfast and a few steps of Occitan dances allowed the students to connect and share other typical music from each of the countries present.

The week continued with visits to Albi and Toulouse from the perspective of the history of the exile of the Spanish republicans. and multicultural workshops where young people from each country had to collaborate and help each other to carry out different activities. This solidarity and this engagement will also prove essential to the success of the final show.

After many rehearsals, and thanks to the motivation, enthusiasm and cooperation of young people, a film has been produced that will remind everyone of this fraternal week rich in laughter, songs, emotions and sharing!

The next move will be in Porto and will put an end to this wonderful project!

At the same time, within the framework of another Erasmus+ project, students and teachers will travel to Croatia, to Zagreb, in order to discuss the topic of environmental protection and to promote local products.