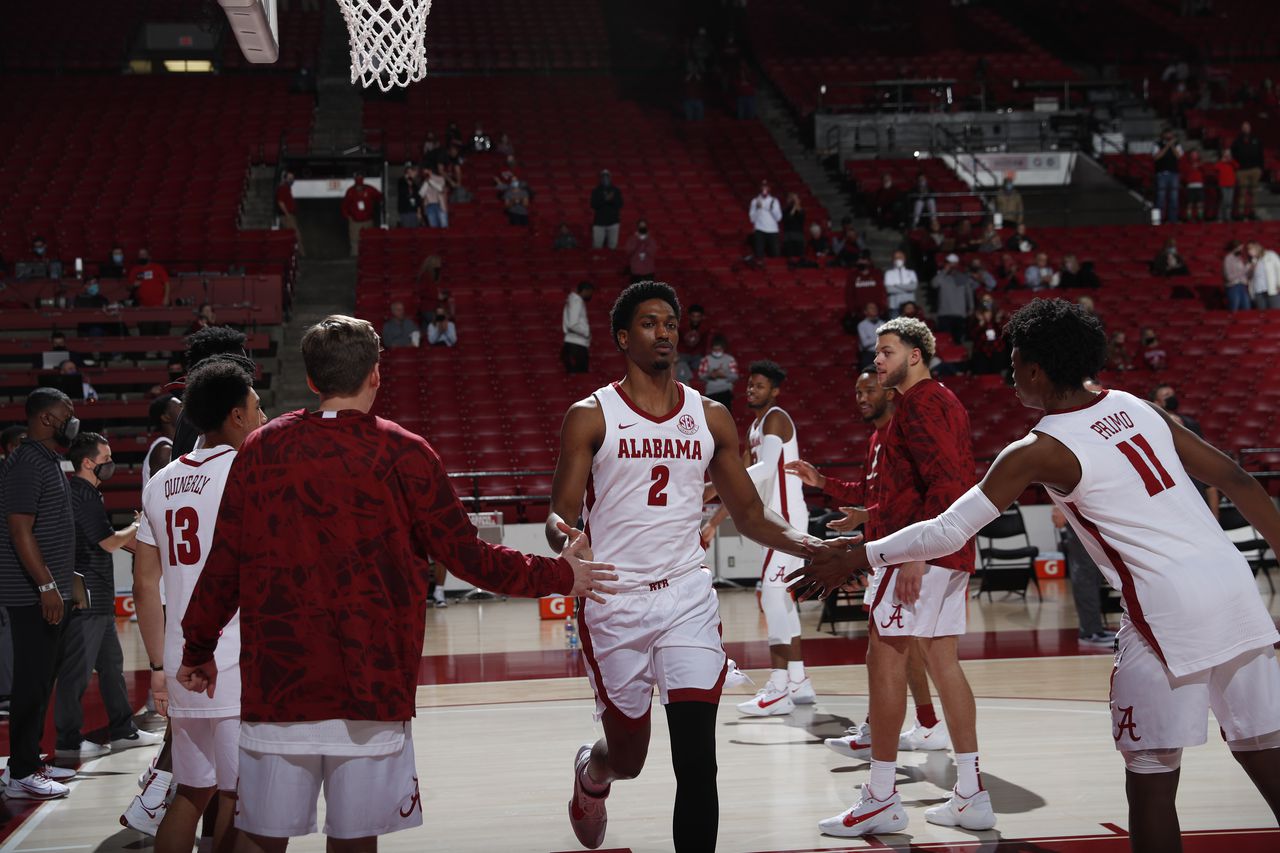 It was a historic night in Tuscaloosa for more than one reason.

Across the street from the room, DeVonta Smith won the Heisman Cup, the Alabama basketball team did a rare thing in and of itself.

The 86-71 win over Florida not only gave the tide a four-game winning streak, it also ended a home-messy streak against the Gators that stretched back nearly 15 years. Coleman Coliseum’s last win over Florida came in February of 2006 before losing eight in a row on that floor.

It was a good response after angering the Tennessee Top 10 on Saturday.

Alabama (8-3, 3-0 SEC) have not lost since a December 19 visit from Western Kentucky and they did so on Tuesday without a star for that tour.

Point keeper Jah Quinnerley was out of the house with what coach Nate Ots described as a “medical condition”. The sophomore student was emerging from a slump at the start of the season and scored 16.6 points in a three-game winning streak including the 24th season high against Ole Miss.

“It’s definitely not an end-of-season injury or anything,” Oates said, noting that he could not say more due to privacy laws.

Without him, the tides were scored by the committee, and it went 26 minutes before Jaden Shackelford became the team’s first goalscorer. He was one of five to finish there with 16 points, with Herbert Jones and Keon Ellis drawn by his score.

Our confidence is high, Ellis said, but we never get a big head up because day in and day out, anyone can hit you.

Florida (5-2, 2-1) scored the first five points in the match and traded punches with Alabama in the first half before the hosts broke things down after the break.

Ellis, the JUCO move, was the spark in the first half as he made his first three 3-point shots and finished with his 16 best of the season.

“He grew up an hour and a half away from the Florida campus, so I thought it was too big for him,” Oates said. “He came ready to play tonight. I thought his effort and energy … was over 30 when he was in the game. This is the highest plus minus I’ve seen in a 15-point match.”

Florida fired only 40% and couldn’t match the tides in the painted area. 46-28 advanced a goal near the tip formed by Tide who did not reach 3 double-figure points for the first time in four matches. Alabama was 8 versus 20 from the ocean.

James Rojas’ highest in 15 seasons is largely accomplished in paint.

Rojas said: “Our confidence level, we just know and we have to be confident of each other every day.” “I think our confidence makes us better as a team.”

That 73-71 loss to WKU on December 19 was the turning point for this Alabama team.

Ellis said, “We lost to them, I think we were the favorites, it kind of woke us up. You just have to bring it every night.”

Alabama then travels to Auburn for a match at 11 am Saturday at Auburn Arena.