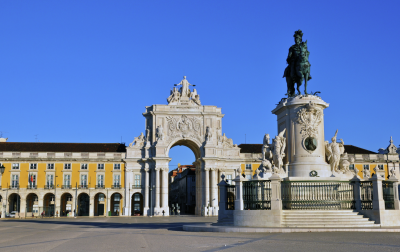 The ADVANS group was founded in 2000 in Paris. It is a group of engineering companies specialized in designing embedded electronic systems, developing software solutions, and designing mechanical systems.

The ADVANS Group is led by its founder, Radomir Jovanović. It has fourteen offices in France, Serbia, the United States and now in Portugal. It brings together 1,100 engineers, with a turnover of 82 million euros.

After organic growth of +20% in 2021, ADVANS GROUP has decided to invest significantly in its network of design centers in order to support the expansion of partnerships with its key international clients.

The opening of Lisbon is thus the third in 2022, after the opening of Niš in Serbia and Lille in France. The group has also expanded its existing headquarters in Paris, Aix, Lyon and Toulouse. The engineers recruited in Portugal will join the existing multinational teams between France and Serbia.
Job opportunities are currently open in the areas of Agile Software Development, DevOps and Software Quality Assurance.

In the medium term, the design center in Lisbon will cover all areas of expertise of the ADVANS group (electronics / software / mechanics).

for Radomir Jovanović, CEO and Founder of ADVANS GROUP: “Portugal trains high-level engineers, while benefiting from cultural proximity to France: strengthening our teams with Portuguese personnel will be a major asset in achieving our ambitious 5-year growth plan, which includes opening additional branches in other European countries.”. “

Image of front page (illustration) view of Praca do Comercio, the central square in Lisbon where Advans Group DR is established