Home Economy According to the unions, nearly 20,000 pieces of luggage were lost 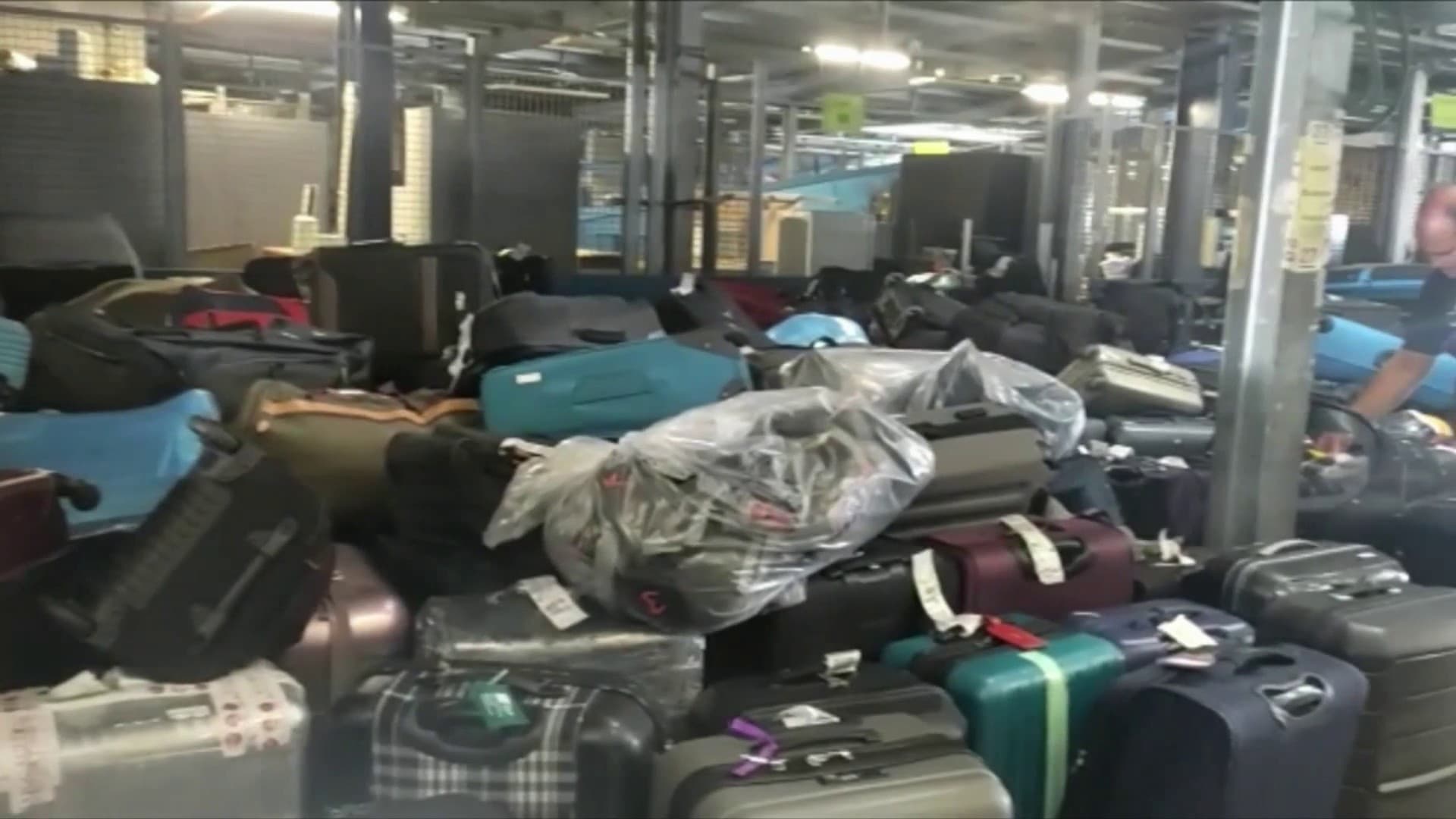 Thousands of pieces of baggage are still stored at Roissy Charles de Gaulle Airport, far from their owners, after a strike last week.

In a video filmed in a warehouse at Roissy Charles de Gaulle Airport, we see thousands of lost bags stored and stacked on top of each other. “It’s all just dead baggage. But nonetheless. There’s still other baggage in other sorting machines,” notes the man behind the camera.

The strike movement that hit Paris airports last weekend, in addition to causing the cancellation of many flights, has deprived thousands of passengers of their luggage. In question, the porters strike.

Contacted by BFMTV, Air France made sure that the latter did not operate the baggage sorting machines before 9am on Friday, July 1, which was not expected by Aéroports de Paris, the company responsible for Ile-de-France airports. Thus, the first medium-distance flights left in the morning without luggage, and the first long-distance flight to Roissy was not unloaded, knowing that half of them arrive before 9 am.

Later, in the face of an overload of baggage to be sorted, the systems at Aéroports de Paris were unable to function properly again, Air France adds. To make matters worse, a computer registry failure occurred on Friday itself, slowing operations.

“Today, it is estimated that there are 20,000 pieces of baggage lost. About 17,000 from Air France, and about 3,000 from other companies,” explains BFMTV microphone Claire Cousin, representative of the CGT union “Aéroports de Paris.”

Thus, the French national company is the main company affected by this phenomenon. “In this room, 80% of the luggage is from Air France. We know that, because we discussed it with the staff on site,” Claire Cousin confirms. The quantity was such that some bags appeared outside the warehouses in containers without any protection.

And behind these gigantic figures relayed by Roissy’s staff, there are many travelers deprived of their personal belongings during their stay. BFMTV was able to contact Olivia, who flew with Air France on Monday to Porto, Portugal.

Upon arrival, her luggage was gone, prompting her to stay to be content with her small suitcase. “That’s what I got to Porto on Monday,” she explains, posing for her bag. “It fits in a very small bag like that. We buy basic products, a hairbrush, cream, toothpaste…”.

The young woman claims that she did not receive any information from Air France upon her arrival.

“Half of the plane did not have their own travel bag on the turnstile. So we went to the lost baggage claims office: there is no information to give us when the baggage arrives, no date or place other than that they will always be in Charles de Gaulle,” she laments.

Contacted by BFMTV, Air France made sure to mobilize reinforcements to return their bags to their injured owners as quickly as possible. But in the face of the huge amount of lost possessions, CGT ensures that some owners won’t see their belongings again for months. Delay rejection by Air France, which guarantees that all baggage is on its way to transit.

However, the French company must face a new challenge. Another strike by baggage handlers has been announced this weekend, which could lead to an increase in the number of undelivered bags.