Home World A third body was found after a landslide in Norway; 7 is still missing 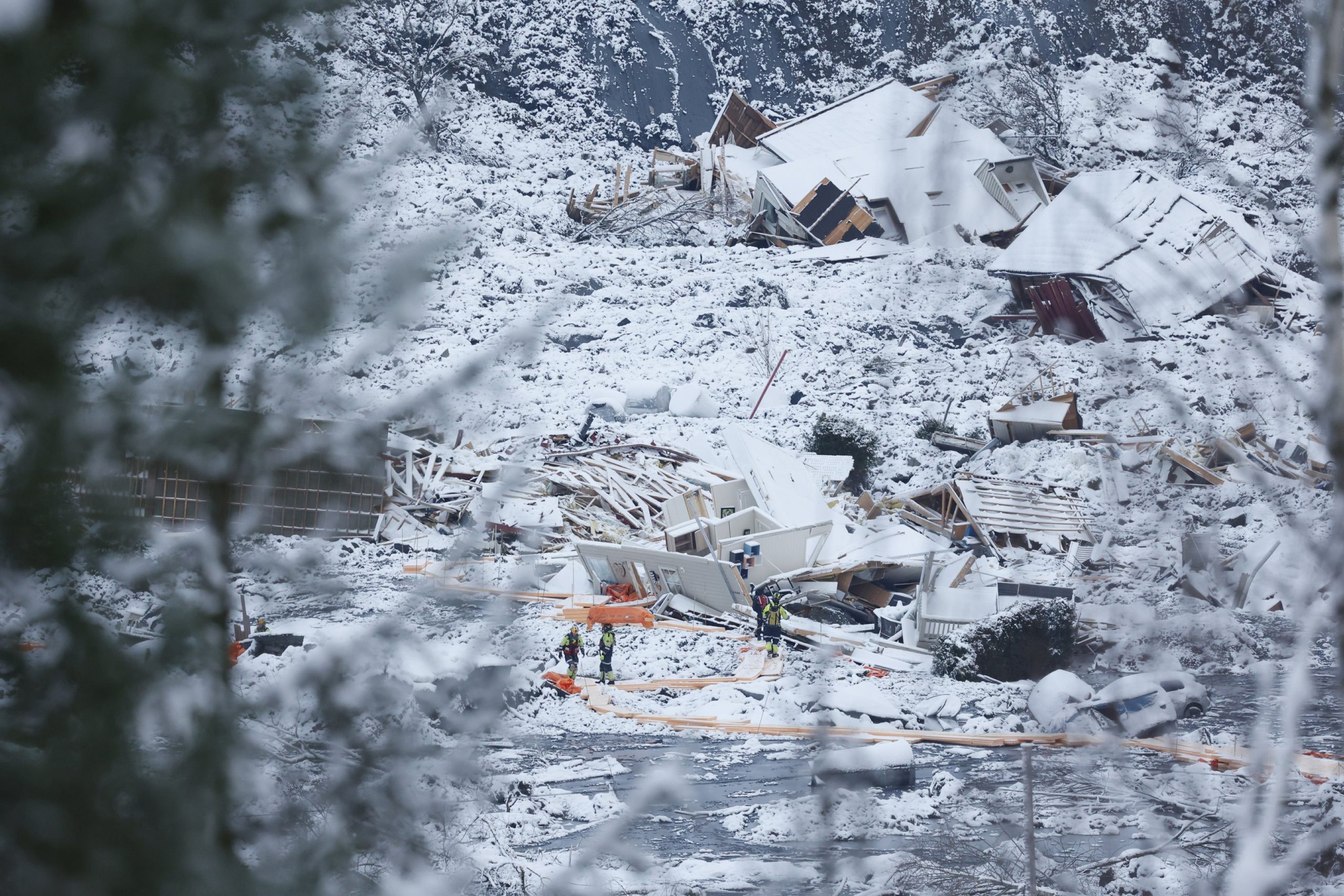 Helsinki (AFP) – Rescue teams are searching for survivors four days after the landslide that led to the displacement of homes in a Norwegian village, finding no signs of life on Saturday amid destroyed buildings and debris.

Three bodies have been recovered, but researchers are still searching for seven other people believed to be missing. The landslide in Ask Village is the worst in the modern history of Norway and has shocked the citizens of the northern country.

Search teams patrolled dogs as helicopters and drones equipped with heat-detecting cameras circled in the harsh winter conditions over the ravaged hills of Ask, a village of 5,000 people 25 kilometers (16 miles) northeast of Oslo.

Norwegian police pledged not to cut back on searches, although a rescue team from neighboring Sweden has already returned home.

“Medically speaking, you can survive for several days if you have air,” she told reporters at a news conference.

By late Saturday, a second and a third body had been found after the first body was discovered on Friday. Only a Dalmatian dog has been rescued alive from the rubble so far.

King Harald V, Queen Sonya and Crown Prince Haakon plan to visit the disaster area on Sunday to pay their respects to the victims and meet residents and rescue workers. The 83-year-old king said in his New Year speech that the royal family had been deeply affected by the tragedy.

Norwegian police have released the names and years of birth of the 10 people who were initially reported missing, including a two-year-old. Officials have not yet identified the three bodies that have been found

A landslide early Wednesday cut its way through Ask, leaving a deep crater-like canyon. The photos and videos showed buildings suspended at the edge of the canyon, which grew 700 meters (2,300 feet) long and 300 meters (1,000 feet) wide. At least nine buildings containing more than 30 apartments were destroyed.

The rescue is hampered by the limited number of daylight hours in Norway at this time of year and fears of further erosion. The land at the site is fragile and unable to carry the weight of rescue equipment, including a heavy Norwegian army vehicle.

More than 1,000 people have been evacuated, and officials said that as many as 1,500 people may be relocated from the area amid fears of more landslides.

The exact cause of the accident is not yet known but the municipality of Girdrum, where Ask is located, has been known to have a lot of rapid clay, a substance that can change from solid to liquid form. Experts said the mud material combined with the torrential rains and wet weather typical of Norway at this time of year may have contributed to the landslide.

Norwegian authorities in 2005 warned people against building apartment buildings in the area, but homes were built there later in the decade.

Spokeswoman Toril Hofschagen of the Norwegian Water Resources and Energy Directorate described the landslide as unique in its destruction.

“There has not been a rapid landslide of this kind in Norway since 1893,” Hofshagen told the media on Saturday.