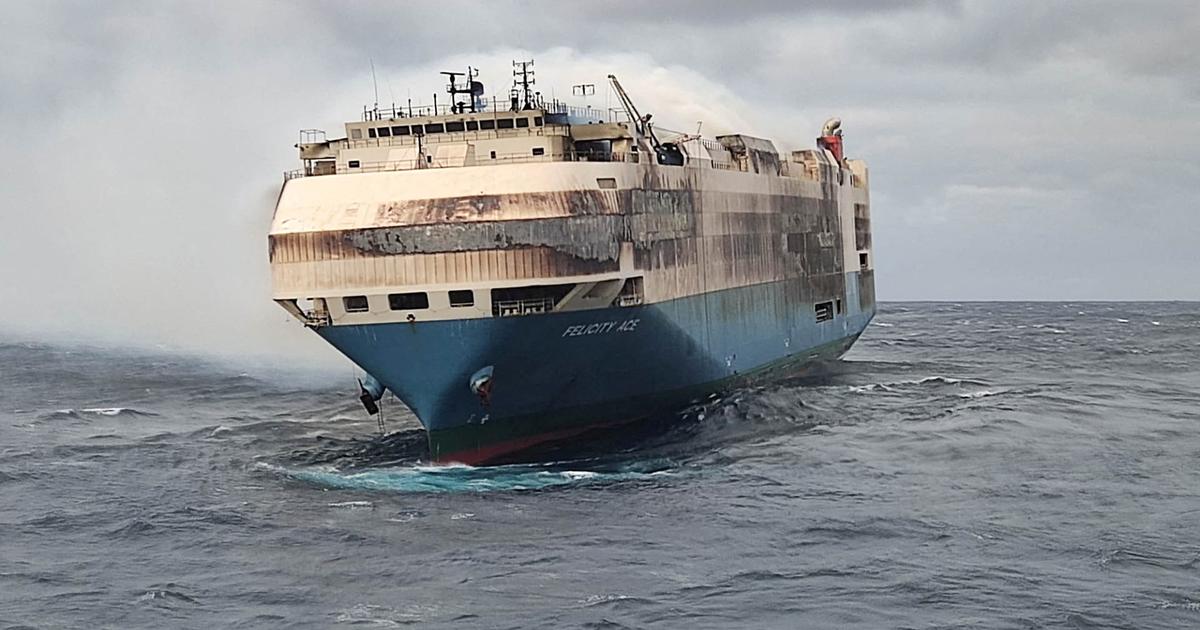 The Portuguese Navy announced that a cargo ship carrying thousands of luxury cars from the Volkswagen Group, which caught fire about two weeks ago off the Azores archipelago, sank on Tuesday morning. “Merchant ship sank + Felicity Ace +” to me “Approximately 25 nautical miles (46 km) from the Portuguese Exclusive Economic ZoneThe Navy said in a press release.

cargo ship sinkinglost its stabilityDuring the towing operation, which began on February 24, in an area with a depth of about three thousand meters. The “Felicity IceFlying the flag of Panama, she found herself adrift for a few days off the Portuguese archipelago of the Azores, after a fire broke out on board the ship on February 16.

The ship, which had left Germany and was due to rejoin the United States, was 90 nautical miles (about 170 kilometers) southwest of Faial Island when the alert was issued. 22 crew members were quickly rescued. They were initially evacuated on an oil tanker, which was immediately diverted to participate in rescue operations, before being transported to Faial Island by military helicopter.

In the days that followed, fires continued to spread aboard this nearly 200-meter-long ship. And lithium batteries were the cause of the disaster, according to several media outlets, but the information was not confirmed. Volkswagen said the ship was carryingNearly 4,000 cars from many of the group’s brands including 1,100 PorscheFire can generate.Expect losses of no less than 155 million dollars for Volkswagen‘,” Russell Analytics Inc. estimated last week.

See also  Portugal, Iraq, Russia and Pakistan: in the heat of hell and the dust of the desert

At the shipwreck site, it is possible to see “Debris and oily residues“It is under surveillance,” said the Portuguese navy, adding that naval divers, specially equipped with anti-pollution barriers, should go to the site. A military aircraft should also monitor the developments of the situation.