Home Economy A Dead Worker Crushed by a Slab of Granite in Laocoon: The Story of the Trial 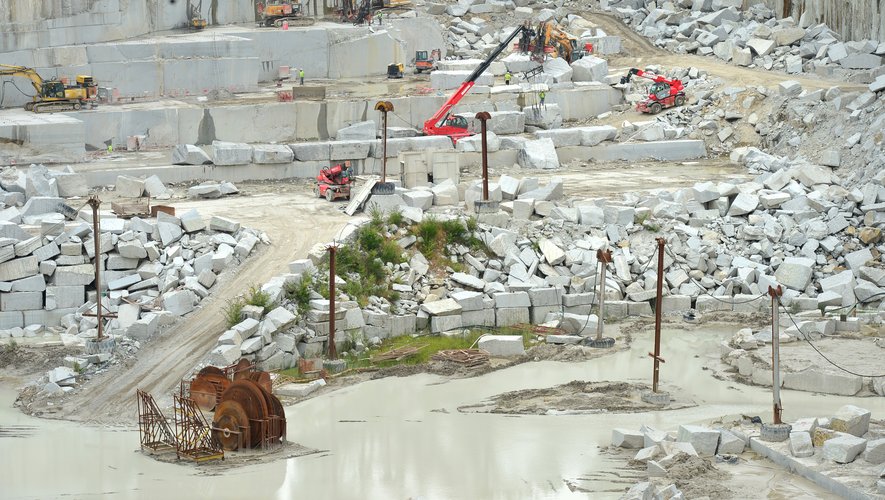 basic
Two years after the tragedy, a company and its bosses went on trial on Tuesday in Custer Court, which handed them a suspended prison sentence.

Granite is Sidobre’s pride. In one of the largest granite processing centers in the world and the leading producer in France, South Tarn’s expertise is concentrated in some twenty granite quarries. The work is no small feat, from mining it to moving huge blocks, and the slightest error in processing can be disastrous.

Within two weeks, two work accidents were considered by the Judicial Court in Castres. The ruling was first made on January 3, where an employee of Granite Borlats saw his hand crushed by a 17.5-tonne block, in April 2020. The second, on Tuesday, is more serious: an employee lost his life, after being crushed by a 600-kilogram plate, in Laocoon, on December 10, 2019.

facts. Tuesday, December 10, 2019, at about 12:15 pm, in Laocoon, on the site of a company specializing in natural stone. The operator uses the remote control to maneuver a stone weighing at least 200 kg between the overhead crane and the tank stand. He encounters difficulties when a rocking effect occurs: the huge stone hits plates placed nearby and one of them falls on the operator, who then finds himself wedged between the plate and the truck. His colleagues will try to get him out of the trap, but it’s too late. Despite this attempt and emergency intervention, the man died an hour after the accident.

the victim. Arrived in April 2019 in the company, first on a fixed-term contract and then on a permanent one, the 50-year-old man of Portuguese origin, “simple, hardworking, never complained” as described by M.H Darmis, the lawyer for the family (ex-wife and her two daughters), discovers a new position after she resigns. One week quick training, on the decision of the hierarchy, done by the resigner who will show him the usual gestures and what is forbidden. “He was a very kind, gentle man. We are all deeply affected by his death,” Zlat charged, qualifying him as a boss by his staff.

discussions. Immediately after the tragedy, in the afternoon, the labor inspector went to the site and their report revealed deficiencies, negligence or recklessness in the organization of the family business. An “old” process without a written load action, eg. The internal hierarchy is not clear: “It’s a family business that probably grew too fast,” the boss acknowledges.
The claim would also raise the “significant wear condition” of the overhead crane and lack of employee training: “It is always unpleasant to hear a business manager say that an employee made a mistake (which is ‘putting the plates’ next to the truck when they shouldn’t be there). If the employee has been trained properly and received clear instructions, it is certain that he would not have experienced this incident.” argument m.H Alari, the defendants’ attorney, in front of the victim’s family, persuaded the court not to strictly follow the prosecutor’s orders and decide on a sentence less than the required two years’ imprisonment. and 20,000 euros. okay for the company.

Court decision. The company was fined €15,000, while the company director and her husband were sentenced to 15 and 18 months in prison, suspended and banned from management for three years. The presiding judge called the defendants: “It’s time to retire.”