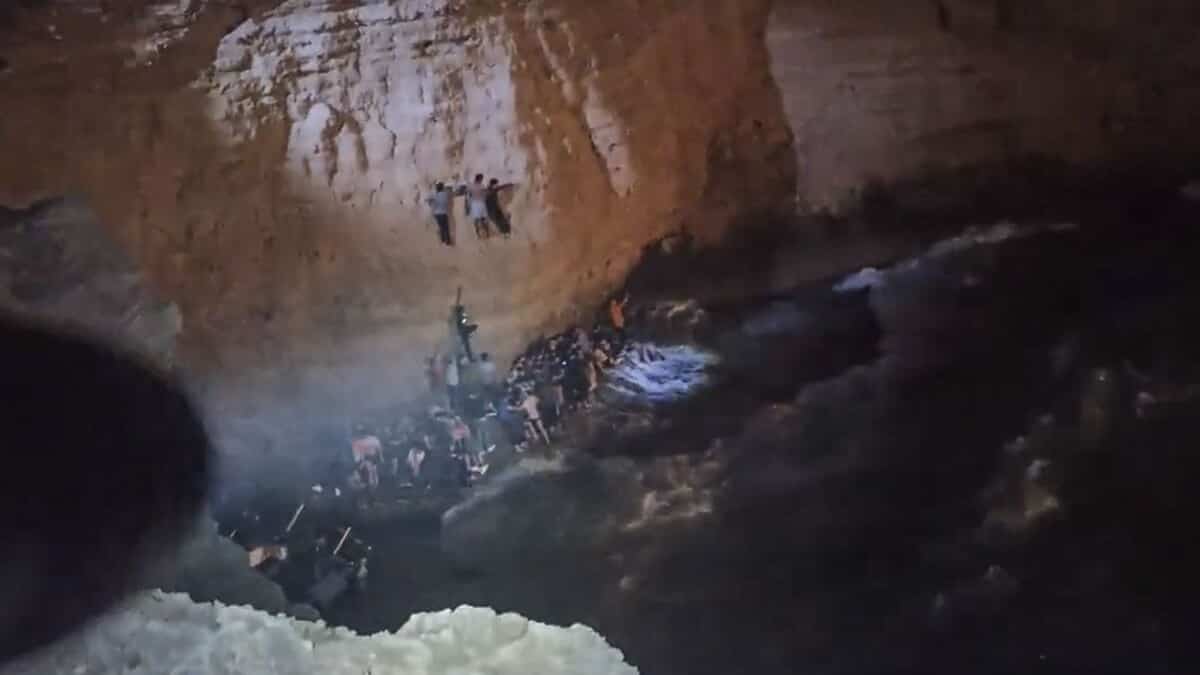 The Greek coast guard announced Thursday that at least 17 people, almost all of them women, have died and about thirty others are missing in Greece in the sinking of two migrant boats pushed by strong winds.

Rescuers had to lift dozens of survivors stranded at the foot of a cliff on the island of Kythira amid raging waves using a crane while others desperately tried to cling to the wall.

The bodies of 16 women and a young boy, apparently of African descent, have been recovered from the east of the island of Lesbos, adjacent to the Turkish coast in the Aegean, after their boat sank, a transporter said. Coast Guard spokesman Nikos Kokalas on Public Television ERT.

He added that ten women were rescued, but dozens of people are missing, adding that about 40 people were on the boat at the time of the tragedy. “The women are completely afraid,” he described.

A few hours ago, authorities reported her missing after another boat, a schooner carrying about 95 people, sank, this time off the island of Kythira, near the Peloponnese peninsula.

Impressive images broadcast by the Coast Guard showed people shipwrecked at the foot of a cliff on this wild island trying to escape from the big waves that crashed into the boulder while lifeguards were deployed in the dark to the top of the cliff, lifting them one by one. one with a winch;

Some survivors managed to swim ashore, and a massive rescue operation found 80 people from Iraq, Iran and Afghanistan.

The mayor of Kythera, Stratos Haralakis, commented in ERT, “This is the worst possible place on this island” for a shipwreck, claiming to have seen five bodies.

“No one could come close by the sea, it was very difficult,” he added.

A coast guard spokeswoman told AFP that seven women and 18 children were among the survivors.

The coast guard said the wind speed in the Kythira region was 102 km/h.

Greece has seen an increase in the movement of migrants this year, with smugglers often taking the longest and most dangerous route in the south of the country.

Since January 2022, 64 people have died trying to enter the European Union from Turkey, compared to 111 for the whole of 2021, according to data from the International Organization for Migration (IOM).

Last December, at least 30 people died in three separate shipwrecks in the Aegean Sea. But exact data is difficult to establish, because some of the bodies were not found or found on the beach weeks later.

Athens accuses Ankara of condoning the practices of smugglers and allowing migrants to come to Greece in violation of the March 2016 agreement that stipulated Turkey’s attempt to limit the departure of refugees and migrants from its territory.

For its part, Greece has been identified by NGOs and the media for its responsibilities in the illegal and often violent pushbacks at its sea and land borders.

The conservative Greek government has long denied these reviews despite serious and documented investigations by international media and NGOs.